Raising capital for a startup is typically a sizable undertaking. Founders often have to step away from day-to-day operations for several weeks or months and hustle for introductions, pitch meetings and due diligence until they’ve raised enough money to carry the company forward to the next milestone. It’s an intense period of late nights, PowerPoint presentations and hearing lots of no’s.

But Garin Toren has chosen a different route for his messaging technology company, ping. He’s raised a $1.9 million seed round — and he’s done it over two years, using a “rolling round” model that allows him to focus on fundraising for a maximum of four hours per week.

All of ping’s seed funding has come from angel investors, thanks to Garin’s innovative method for cracking into multiple angel groups at one time. And notably, Garin’s been finding all of his investors on Lunchclub, the AI-powered social networking platform.

On an episode of the How I Raised It podcast, Garin shares the details of his unconventional secrets for finding investors.

Fundraising on a roll

Ping is out to eliminate the danger of smartphone usage behind the wheel. The platform reads text messages, emails and notifications messaging apps out loud to drivers so they don’t need to touch or even look at their devices.

Ping licenses their patented technology to enterprise customers who employ fleet or gig economy drivers, which Garin says opens them up to a global market of one billion drivers.

To fund the growing company, Garin and his co-founder took a non-traditional approach.

“Rather than fundraising [for a set period] and then not, we said, we’ll take a certain amount of our time — in my case three to four hours a week at most,” he says.” And we will just fundraise continuously until we’re profitable.”

He explains that each valuation cap raise has been anchored by big deals, like signing the first enterprise customer or closing a global partnership that will put the ping platform into four major brands of motorcycles.

Another benefit of the rolling round is the way Garin and his co-founder approach business operations.

Garin also decided up front the type of funding he would accept in this first round.

Garin used the Gust platform to find angel groups but found it to be mostly noise, saying a founder could apply to thousands of groups and never receive a reply. So he found a workaround by combining it with LinkedIn.

“That dramatically — by a factor of maybe 10 — increased the number of screening calls that we had with the angel groups,” Garin says, adding that no one ever called his bluff on the “referral” because angels appreciate someone who's hustling.

These applications led to pitches and to investments, both from angel groups like the Ash Creek Capital Advisors in Connecticut and the JumpStart New Jersey Angel Network — and from individual angels who wrote separate checks.

Garin’s latest fundraising tool has been Lunchclub, which started before the COVID-19 pandemic as a way for people to network one-to-one, ideally through going to lunch together. But during the pandemic, the platform became a popular way to network virtually.

Lunchclub uses machine learning to match members based on common interests, but active users can also accrue “club points” and spend them to filter their matches. Garin used his points to target anyone with the title of “investor.”

He’s raised $500,000 so far by taking two 45-minute meetings per week. The conversation, by definition, is not a pitch — but it can lead to one.

“What I typically do is we'll just shoot the breeze until the investor says, So tell me about ping,” Garin says. “The conversation starts like that, but I always wait for the investor to ask the question.”

“It can turn into a pitch maybe,” he says, “but even the pitches tend to be really low-key, conversational type meetings, rather than, so-and-so introduced me, come to my office and pitch your startup. It's just a different vibe.”

The action Garin sees from Lunchclub is enough to keep ping’s seed round rolling for now, but he’s already looking ahead to the Series A.

“I know that there's the good, the bad, and the ugly, but our investor experience has been really positive so far,” he says. “It's going to be very interesting to contrast the experience with angel investors versus funds. I’m excited about it, but it's going to be different.”

Nathan Beckord is the CEO of Foundersuite.com which makes software for raising capital. Foundersuite has helped entrepreneurs raise over $3 billion in seed and venture capital since 2016. This article is based on an episode of Foundersuite’s How I Raised It podcast, a behind-the-scenes look at how startup founders raise money. 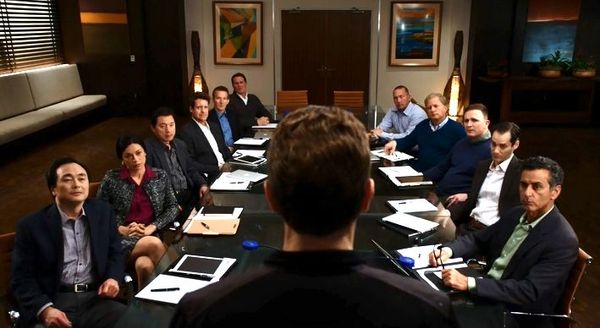 Here is the ultimate 7-step method for running outstanding VC pitch meetings, including questions to ask and how to drive your agenda, follow up, and close the deal.

Fundraising for your startup requires next-level hustle. Here’s how to get the ball rolling and garner the attention of angels and venture capital investors.