When Christine Tao worked at mobile advertising company Tapjoy, she found herself thrust from working as a sales rep to running the entire global sales team as part of the executive staff.

It was a big leap in a short amount of time, and Christine soon realized this leadership role required an entirely different set of skills. To help with the learning curve, Christine's boss assigned her to work with a leadership coach.

Christine's coaching experience had such an influence on her that she founded her own leadership coaching business called Sounding Board. The company offers coaching services to enterprise and startup businesses alike to help develop their leaders at scale. Sounding Board harnesses tech tools to offer these services remotely as well.

The kicker? Christine co-founded the company with her former coach from Tapjoy Lori Mazan.

Sounding Board ultimately landed an impressive group of investors, including Roy Bahat of Bloomberg Beta, Charles Hudson of Precursor Ventures, and Maha Ibrahim of Canaan. After a pre-seed and a six-week Series A round, Christine raised $15 million.

On this episode of the How I Raised It podcast, Christine tells the story of how she persuaded these investors to get on board after some initial pushback, and she shares tips on how to efficiently run an oversubscribed fundraising round.

💰 Money quote: "I'll share something which is not always shared: Almost all of the investors that we brought on at Sounding Board actually said no the first time I pitched them."

💰 Noteworthy: The oversubscribed Series A round lasted just six weeks; Christine only need to schedule 10-15 meetings to raise $13.1 million.

[3:14] The benefits of leadership coaching 👉  Coaching can help business leaders grow; Sounding Board uses tech tools to make these services accessible with a lower price point.

[7:40] Founding story 👉  Christine used her own experience — being coached after a sudden promotion to leading a sales team — to found Sounding Board. Later on, her coach became her co-founder.

[15:22] Starting off scrappy 👉  Christine had big ideas but limited resources when she started. So she asked her sister, a UX/UI designer, to develop a prototype for Sounding Board in her spare time.

[16:45] A deluge of "nos" 👉  Almost all of Sounding Board's current investors turned Christine down the first time she pitched. They only came around after Christine developed her ideas into something tangible.

[21:28] COVID-19's impact 👉  The pandemic has forced businesses to rethink their long-term strategies; Christine is confident Sounding Board can leverage this shift in thinking within the business leadership market.

[26:22] Run your process with confidence 👉  Founders — not investors — should lead conversations in pitch meetings and take control of the narrative, Christine says.

[27:42] Preparation and strategy are key 👉  Christine and her team dove deep into their plan of action before raising, and they regrouped and strategized after each meeting.

[30:47] Lean into market opportunity 👉  While you can't control the market, you can explain to investors why your company is needed in the market now or in the near future.

On pitching an investor the second time: "I asked him, 'What made you decide to, you know, pull the trigger this time? I'm pitching you the same idea.' … He said, 'You basically accomplished everything you told me you were going to do and more.' And so it is this idea of sort of connecting the dots and lines over time. And we've seen that pop up as a theme for us as a company."

"Each investor themselves also has areas of expertise from their past lives as operators or their investments … I'd find different touch points [and] be able to engage them around things that I was thinking about around the business."

"It was like a war room after meetings. We're calibrating feedback, we are thinking about which answers we didn't feel like we had answered strongly. We come up with decks and slides to really paint that picture so that we could go into the next meeting saying, 'Okay, if we think somebody's thinking about this, let's get ahead of that and actually talk about that now.'"

"The common thread across all of the investors that we've brought into the company is that … all of these are folks that have a track record of investing in and putting dollars behind  'non-traditional founders.' They actively look for that diversity in their portfolio."

How Pree Walia raised capital for her hardware startup Nailbot.com, her experience with the HAX Accelerator and TechCrunch Battlefield, running a Kickstarter campaign, getting on the TV show "Meet The Drapers" and more. 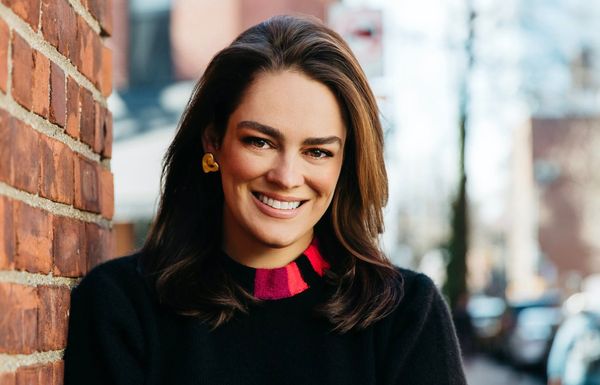 Isabelle Kenyon used her experience as a former investment banker to raise venture capital for Calibrate. Here's how she ran a really efficient process.