For investors to buy in, you need to be able to clearly and emphatically explain who your customer is, their pain point, and why you need to solve it. This is a whole lot easier to do if you, yourself, fit the customer profile — like Jack Conte, co-founder and CEO of Patreon, a platform that helps creators get paid.

Around seven years ago, Jack created a music video from scratch. It took him $10,000 and three months. He soon realized that, even though he receives an average of one million viewers on his YouTube videos, he’d only make $160 in ad revenue — a measly reward for the time and effort he put in. He knew there had to be a better way.

That’s how he came up with Patreon. He sent a sketch of his idea to his former college roommate, an engineer, who started coding for it that night. They launched soon after, with Jack being Patreon’s first official creator. Within two weeks, he was making six figures.

But when the time came to raise money, there was one big problem: Investors did not understand Patreon’s customer archetype — they couldn’t wrap their heads around who a creator was — meaning they also didn’t truly grasp the problem being solved. Jack and his co-founder, Sam Yam, got rejected over and over again.

So, Jack changed his approach. At the beginning of each pitch, he spent 10 minutes sharing his story about the music video that inspired the creation of Patreon. This strongly resonated with investors — and it still does today.

In this episode of How I Raised It, Jack shares how Patreon has raised almost $256 million across six rounds, including a $90 million Series E that closed in early September 2020.

💰 Noteworthy: Jack and Sam originally aimed for $700,000 in Patreon’s seed round. But when they quickly reached that amount with just one investor from Freestyle Capital, other investors encouraged them to raise more money. They closed the round at a little over $2 million.

[8:56] Origin story 👉 After sinking thousands of dollars and hours into making a music video and realizing he’d make almost nothing in return, Jack came up with a better way for creators to get paid for their art.

[12:40] Don’t try solving the same issue the big guys are already tackling 👉 Facebook and YouTube already figured out how to increase creators’ reach, and Jack knew it wasn’t worth trying to compete. Instead, he figured out how creators could make more money.

[24:18] Be able to explain your target market 👉 Early on, investors didn’t understand who Patreon’s customer was. Jack spent 30 to 40 minutes at the beginning of every pitch trying to convince investors that “creators” existed and had a real problem (getting paid for their work).

[26:50] Consider changing your goal 👉 Patreon changed its seed round goal after investors who missed out asked Jack and his co-founder to raise more. Patreon went from $700,000 to $2 million.

[28:02]  Nothing goes as planned 👉 This is the overarching theme of Patreon’s funding journey. It was always a struggle.

[29:10] Find the reason for the rejection 👉 When an investor said no, Jack and Sam would ask why and get feedback. They wanted to figure out where the disconnect was so they could pitch better.

[29:52] Eliminate the worries 👉 After they dug into why investors turned them down, Jack and Sam identified the most common concerns and devised ways to alleviate them.

[32:18] Prove your passion and your purpose 👉 Investors want to know that you care about your problem so much that you’ll never give up on it. Show that you have the tenacity it takes.

“For those early rounds, and for those early-stage investors, what they really care about more than the business model or the product is: Is this a person who’s solving a real problem that actually exists? And are they going to go to the ends of the earth and back in order to solve it and never quit? Because building a company from scratch is the hardest thing in the world.”

“Just keep going. That’s it. All you have to do is not quit.” 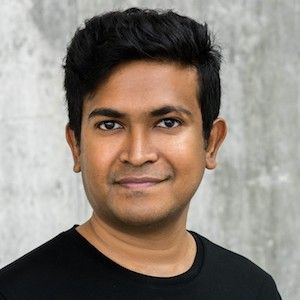 How Jonathan Siddharth went from being an EIR at VC firm Foundation Capital to launching a marketplace to hire the world's best remote engineers. 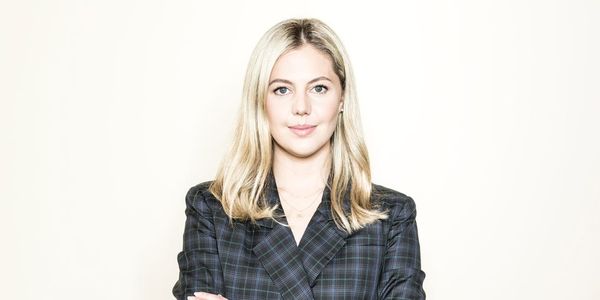 Milana Lewis, CEO of music tech startup Stem.is, raised capital from Gary Vaynerchuk, Scooter Braun and Mark Cuban. Here's how she did it.