Turing, a company that connects businesses with talented developers, has already made a name for itself by attracting investors like Facebook's first CTO, Adam D'Angelo, and Upwork founder Beerud Sheth.

How did Turing catch the attention of these big names? In a way, its founders Jonathan Siddharth and Vijay Krishnan had backing from the very beginning. After their first company — a content discovery app called Rover — was successfully acquired, venture capital firm Foundation Capital invited Jonathan and Vijay to be an entrepreneur-in-residence.

In fact, Foundation Capital offered to invest in Jonathan and Vijay's idea before they even developed it. The co-founders already knew that they wanted to create a new company, and working at Foundation Capital offered a rolodex of contacts. Those connections not only helped Jonathan and Vijay build up a roster of clients for Turing; it also helped them reach high-profile investors.

The idea behind Turing was simple enough: Knowing companies want to hire talented developers, Turing finds qualified candidates and connects them with businesses. Turing sources developers from all over the world, which helps companies hire developers without paying Silicon Valley wages.

Turing's secret sauce: an algorithm, or automated betting engine, that identifies the best developers in “a very large haystack,” as Jonathan puts it.

In this episode of How I Raised It, Jonathan shares how Turing raised $15 million during its initial seed round and shares what it’s like to be an entrepreneur-in-residence.

💰 Money quote: "Investors have different superpowers. … It's a little bit like assembling the cast of ‘The Avengers.’ … Every investor I speak with, I know what their superpower is — so when I have a problem I'm looking to solve or a challenge, I know who to go to."

[19:06] How to create a company as entrepreneur-in-residence 👉 Going into their stint as entrepreneurs in residence, Jonathan and his partner Vijay had a few ideas in mind. The gig at Foundation Capital allowed them to meet with potential customers and work out which one was worth pursuing.

[20:58] Stay ahead of the curve 👉 When Jonathan and Vijay came up with Turing more than two years ago, many companies were skeptical about remote work. But Jonathan felt differently; one reason his first company succeeded was because it hired overseas talent.

[26:06] How entrepreneur residencies at VC firms work 👉 VC firms either already decide to fund the entrepreneur's idea before they even pitch it, or they hire somebody with the intention of adding them to the investing team.

[31:36] Operate in “parallel” mode 👉 With his first company, Rover, Jonathan spent 100% of his time building it until it ran out of money; then he turned to fundraising. Jonathan now prefers doing both concurrently, focusing 85% of his time on company building and 15% on fundraising for Turing.

[32:09] Calibrate to the market 👉 One advantage to maintaining contact with investors while building a company: You'll never be surprised by your investor's expectations.

[35:47] Stay organized and know your investors' strengths 👉 Each investor has different expertise and can contribute in a unique way. When you meet with them, it helps to stay on top of their strengths so you know what to ask.

[37:35] Use the right type of SAFE 👉 Jonathan recommends using a YC pre-money SAFE, not a post-money SAFE. Raise your vibration cap in small increments; it's easier to raise in smaller steps than a large leap.

[39:26] Keep a clear plan for the company 👉  Even if you raise smaller, incremental amounts, make sure you have a coherent plan for your company. You must be able to articulate to your investors where their money will go and how you plan to grow the company.

Brian Vallelunga, CEO of Doppler, was rejected from Y Combinator 6 times but got in on the 7th try and went on to raise venture capital from Peter Thiel, Kleiner Perkins, and Sequoia. Here's his story. 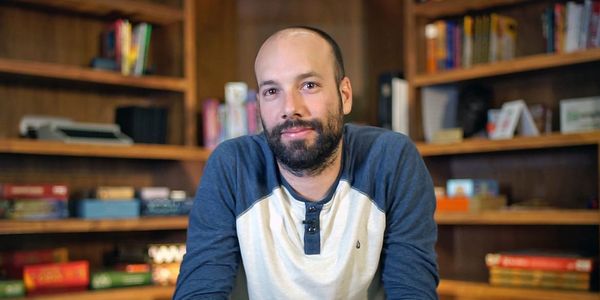 Jack Conte founded Patreon after he sunk his life savings into making a popular YouTube video -- and received almost nothing for it. Now, $250M+ in VC funding later, Patreon is thriving. Here's his story.