As a 3x founder, Waseem had multiple advantages when raising VC – yet it still wasn't easy.

As far as fundraising journeys go, Waseem Daher had a lot going for him when he started his third company.

He’d had successful exits from two previous companies — Ksplice, which was acquired by Oracle, and Zulip, purchased by Dropbox in 2014. He started both companies with the same two friends — Jessica McKellar and Jeff Arnold. The trio first connected during their undergraduate days at MIT.

Now Waseem and his co-founders are working on Pilot, a bookkeeping company for startups.

They saw an opportunity to do bookkeeping better based on their own experiences as founders. “In our previous companies we were our own bookkeepers,” Waseem explains. “We just very viscerally felt the pain.”

Success begets success, and Waseem and the Pilot team definitely had major advantages as they geared up to grow their third company. “We have been incredibly fortunate … We already have these pre-existing connections, and I realize that’s quite unique,” he acknowledges.

But even with a proven founding team, an amazing network and a solid idea, fundraising for Pilot wasn’t without a few hiccups along the way.

Here are some takeaways and insights from my conversation with Waseem.

Waseem and his co-founders got the ball rolling quickly. In early 2017, Pilot raised $3.3 million for its seed round. Leveraging networks they’d developed from their previous companies, they were able to get people on board — without a solid prototype.

“It's not that we had made a ton of progress building out infrastructure at that point,” Waseem admits.

“For those seed investors, it was really conviction in the quality of the team that they were writing the check for.”

Most founders reading this probably won’t be in that position (at least, not yet). But there is an interesting take away from their round: they raised it from 40 different investors.

Adding that many people to the cap table is quite unusual, but it’s an approach Waseem has used before and feels strongly about.

“I have a lot of conviction about this — 10 percent of the people that put in money are going to be really useful to you and the other 90 percent are just going to do nothing,” he says.

“A lot of people say, ‘Don't have these huge party rounds in the seed round.’ I personally don't think it's a huge deal. In fact, I think it has benefited us a fair bit.”

Since you don’t know who will actually be in the 10 percent, Waseem says getting more people into the round gives you more choices. He recalls almost cutting an angel from a round at one of his companies before Pilot, but his co-founder convinced him otherwise. That would have been a huge mistake. Waseem says, “That person was literally more helpful than all the other angels combined.”

Word to the wise: consider involving more people earlier on — and suspending your judgment about who will be most helpful.

"It's not done until the money is in the bank"

About a year after the seed round, Pilot closed a $15 million Series A. But there was a setback just before collecting the term sheets.

“In the seed round, we had taken a bit of institutional investment from three VC firms we knew, with the idea of keeping them engaged and having a couple of different firms well-primed to do the Series A when the time came,” Waseem says.

A partner from one of the firms expressed interest in leading the next round, essentially asking the leadership team, “What would it take to do the Series A now?”

“We said, We don’t think it makes much sense to do it now, unless you’re willing to give us credit for where we would get with the funds that we currently have,” Waseem says.

After some back-and-forth negotiations, the Pilot team decided to accept the offer. Waseem and his co-founders then reached out to other investors from the seed round to let them know the investment was happening. Those investors quickly set up their own meetings with Pilot.

Things were going great with a few term sheets in the pipeline.

Then Waseem and the co-founders went to the first partner meeting on Monday.

They waited for the partner in a conference room. Time was ticking away and they were getting nervous.

“We thought it was going to be 10 minutes. But then an hour later, the guy comes back and he's like, ‘Hey, I have some bad news.’”

Some of the other partners had reservations, and they’d need more time.

“It went from being this is a sure thing — a done deal — to, I can't make it happen,” Waseem recalls.

“I think the thing that was unexpected for me is this person was a partner at the firm. I naively thought, well, this person has the power to get it done. But the reality in these firms is that the power dynamics are much more subtle and much more complicated.”

“It was funny because we had such momentum and it was like, ‘Oh, we're just going to get it done.’ And then at the last minute, like it looked very scary,” Waseem says.

“It's obvious in retrospect and people say it all the time, but it's another thing to experience it. It's not done until it's done — even past the term sheet stage — it's not done until the money is in your bank account.”

Don’t count your chickens before they hatch, kids.

Eventually, the Pilot team started to consider raising a Series B.

Waseem describes their thinking: “Let's have some casual conversations just to update folks that we think might be contenders for the Series B.”

“There’s really a tension in raising money, where on the one hand you want to execute like a very time-bound and tightly run process,” Waseem says. “But it’s hard to swoop in with a firm that you’ve never spoken with — that you have no relationship with —  and say, ‘You have 72 hours to decide whether we’re going to spend the next 10 years together.’”

“It’s not even about the firm — it’s about the partner at the firm because that person is going to be on our board,” Waseem says. As a founder, you’ll be spending tons of time with board members over a considerable period of time.

With that in mind, Waseem zeroes in on relationships — deal terms aren’t the only thing to consider.

“It’s more about, ‘Do I think this person is going to be a smart, thoughtful partner to us in helping us build our business? Do I feel like we’re on the same team?’”

Waseem says it’s important for founders to remember that behind every transaction lies a human being. “It’s not just that we’re running an auction and we should let the highest bidder win,” he says.

Finally, even with the success he’s had, Waseem is cautious about offering fundraising advice. He doesn’t want to oversimplify it.

“I don't think there is a right or wrong way to do this,” he observes. “What really matters is, did you raise the money your company needs to survive? And if you did, you've succeeded, and if you didn't, well then you didn't succeed. I think the exact path to that is quite situationally dependent.” 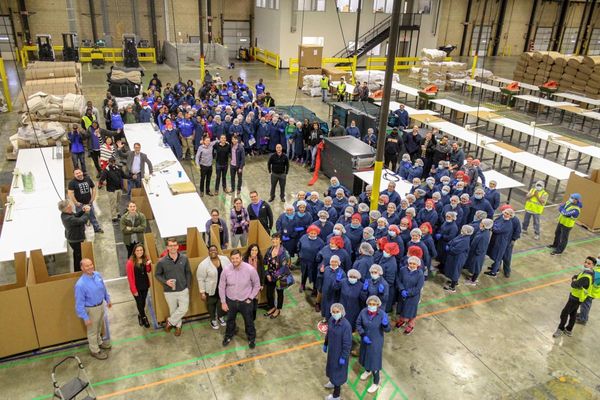 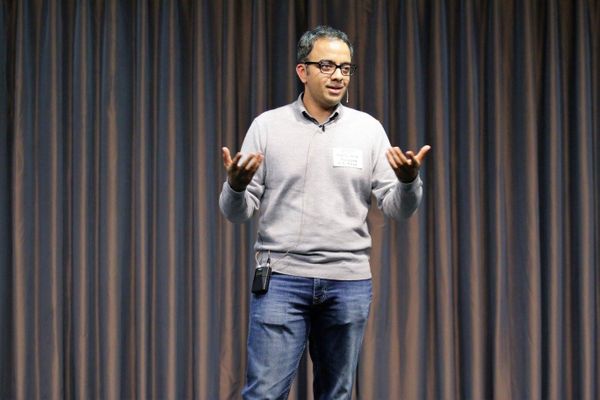