Slava Rubin is no stranger to the world of raising capital. As founder and CEO of Indiegogo, he was instrumental in raising $56.5 million in venture capital to grow the pioneering crowdfunding platform that itself has turned more than 800,000 ideas into reality.

In November 2020, Slava and his team of co-founders launched a new platform, Vincent, which aggregates alternative investment opportunities into a user-friendly search engine, not unlike what Zillow has done for real estate or Kayak for airline tickets. Alternative investments, also known as “alts,” include everything from cryptocurrency and debt to fine art and collectible baseball cards, and Slava wants to provide access for a broad spectrum of investors — whether they have $100 to spend or $1 million — to add these types of investments to their portfolios.

With years of experience under his belt and connections to many investors in the fintech and investment space, Slava used a less common fundraising approach for Vincent’s $6 million seed round, which was led by Jason Calacanis' LAUNCH Fund and a number of other “influencer” investors.

On this episode of the How I Raised It podcast, Slava shares his highly targeted fundraising process, along with a wealth of knowledge and advice for any founders entering today’s hot investment market.

💰 Where to find him: LinkedIn

💰 Money quote: “Too often entrepreneurs feel like they are playing a part in the VCs’ process. I think it's really critical to try to own your process.”

💰 Noteworthy: During the seed round for Vincent, Slava used AngelList and other syndicates — even though the deal was already oversubscribed — because it was important to the founding team to have a wide distribution of investors.

[03:45] Meet Vincent 👉 Vincent is an online platform that aggregates alternative investments — such as crypto, art, debt, venture, and collectibles — into a single user-friendly search engine. The platform also provides informative content and shares proprietary data on shifting demand across the alternative investment landscape.

[06:15] Building a bridge 👉 Slava wants to see Vincent become an on-ramp for people who want to use alternative investments, or “alts,” to diversify their investment portfolios. Although the right target will vary based on an investor’s age and goals, Slava recommends investing 3-7% of a portfolio in alts.

[10:31] Seeking influence 👉 In July 2021, Vincent closed out a $6 million seed round led by Jason Calacanis' LAUNCH Fund, along with Joe Lonsdale of 8VC, Barry Silbert of Digital Currency Group and a number of other angel investors. Slava targeted a specific pool of investors with key operational knowledge or industry influence.

[13:01] Doing the homework 👉 Slava often coaches new entrepreneurs, and he took his own advice when setting up the seed round process — from knowing when and how long to raise to creating a compelling story and pulling together a targeted list of 30 names to reach out to.

[15:42] Calculated approach 👉 Slava relied on existing connections from years in the investment space, and he approached some of his most exciting investors before negotiating the lead deal to ensure he could save them a spot.

[17:28] Distributed investment 👉 In leading the seed round, Jason Calacanis brought in both his LAUNCH Fund and his syndicate, where Vincent quickly became the most demanded deal in syndicate history. Working through syndicates and AngelList allowed Slava and his cofounders to democratize their own fundraising, not unlike what Vincent itself is trying to do.

[19:15] One hot deal 👉 Vincent’s seed round was three times oversubscribed! Slava ascribes the enthusiasm over his deal to an experienced founding team, a beautiful product, and an immediate influx of search volume and investor use when the product site launched in November 2020.

[22:34] Founders’ market 👉 In Slava’s words, “The market today is as hot toward founders as I think it has ever been.” This sets the scene for entrepreneurs — especially ones with established products — to own their fundraising processes, rather than waiting for investors to make a move.

[26:51] Founding a fund 👉 In 2018, Slava teamed up with Cyrus Massoumi, founder of Zocdoc, to raise a $30 million fund called humbition. It focuses on early-stage, founder-led companies in New York City and beyond that have demonstrated experience or recurring revenue.

[30:12] Behind to success 👉 Slava shares his key takeaways from more than a decade of experience at Indiegogo: focus on cofounders, culture, and a great product.

[32:00] Keep it simple 👉 Slava offers two pieces of advice to up-and-coming founders: Simplify your pitch down to as little as 12 concise sentences. And be clear and direct in your conversations with investors.

“It was not by accident that we packaged together that sort of deal [for Vincent]. We did have the classic lead investor deals, and we wanted to go more towards the operator, influencer, and distribution route.”

“So I regularly coach entrepreneurs as to how to navigate the raise. So I just dogfooded what I tell others, which is that you typically want to raise when you're about six to nine months out from when you think you might need the money. And I like to think of the raise process as a two-month experience.”

“Too often entrepreneurs feel like they are playing a part in the VC’s process. I think it's really critical to try to own your process and say — This is how this is going, this is what I'm sharing. I have this already; this is the timeline. I've already picked my 10 or 20 or 30 investors that I want to talk to, and you're one of them that made it through. ... The more it could be that the VCs or the investors understand that they're on the entrepreneur’s process, the more likely that there's going to be FOMO.”

“Who your co-founders are matters because you're getting married for a very long time there, and that's really important. Culture is critical. ...Every decision you make, every hire you make is going to impact that. Don't waste your money on marketing, PR and, and performance until you have a product figured out. … Just know that you have a product that people want, and then figure out how to get more people to buy it. Be really smart about getting your investors — I think operators are the best investors.”

“Too often the deck or the pitch is just way too confusing. How I like to simplify it down is I like entrepreneurs to just send me 12 or 10 bullets, where each bullet can only be like a sentence or two max. And in those 12 bullets, you need to be able to tell the whole story.”

(When raising his first round for Indiegogo): “I got rejected by 93 VCs in a row before Lewis Gersh of Metamorphic VC gave me some money. So what changed? One of the key things that changed was, yes, I had some more momentum with the product, and the product was able to substitute for my inability to raise money personally. But a big difference is I was very direct and very clear… Just be direct. Just navigate the conversation, and then make sure you ask them whether they want to invest or not. Are you in? If they say no, they're not in, that's fine. Move on. And life is good.”

Startup founders often pitch 200+ investors in a fundraising round. Here are 8 websites, tactics and methods to build a list of investors likely to buy into your company. 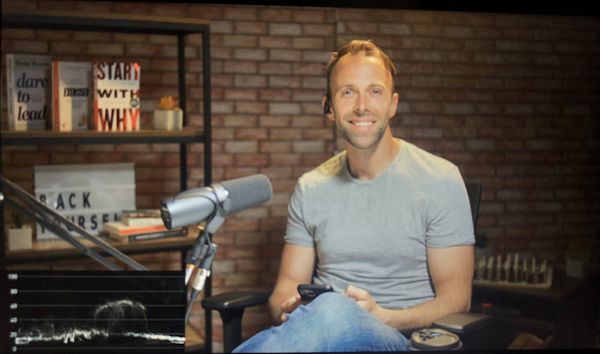 Thomas Fairey of Stakester shares his tips for using LinkedIn and cold email to "run a sales process" when raising capital.